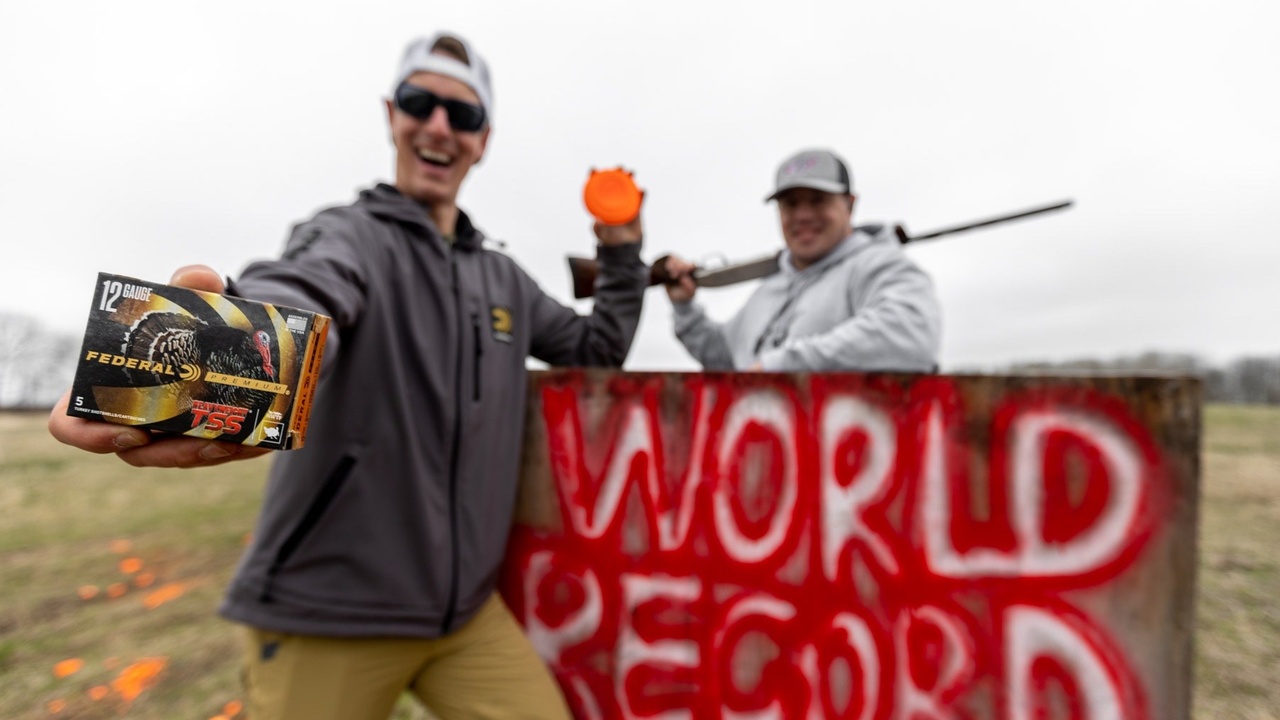 We're at it again, pushing the limits to set a new world record for the longest shot on a clay pigeon with a shotgun. In 2019 we set a new record, breaking a clay at 160 yards. We thought 160 yards was the max but once we learned about Federals TSS round we knew we could step back even further.

According to our research, the previous record was set at 130 by George Digweed in October 2011. 130 yards is a super long shot for birdshot and Mr. Digweed made us all rethink what was possible. We actually got to hang out with George a few years back at an event we were both performing at and we have a tremendous amount of respect for him.

We always like to push the limits of what is considered possible but shooting beyond 130 yards poses some major challenges. Not only is your patter getting so blown up that there are gaping holes in the patter but there is so little energy in the pellets that even if they do hit the clay, it may not even break.

With recent advancements in ammunition, we felt we could break clays beyond 130 yards. in 2019 we used Winchester Rooster XR #5 shot to break a clay at 160 yards but we had to hit successfully hit the clay 3 times before we got one to actually break. This goes to show how little energy there is when those pellets get to 160 yards and we were confident that 160 was the max distance to break a clay.

When we learned about Federals TSS round we had a change in mind and believed we could break a clay from beyond 160 yards. TSS (Tungsten Super Shot) is 56% denser than lead shot. Because TSS is much denser, Federal can load more pellets into the shells. So with the TSS there are more pellets with more downrange energy. After speaking with Federals Sr. Manager and Product Engineer, Adam Moser, we knew we could break a clay beyond 160 yards.

But, as we know from experience, there is a big difference between an idea on paper and actually make it happen. Before attempting the actual shot we did some patterning with Carlson's Choke Tubes and we determined that the best performance was out of an improved modified choke rather than a full choke. The reason for this is unclear but in our experience, for extremely long shots, full chokes or turkey chokes do not perform as well beyond 100 yards.

On April 27th, 2021, with representatives from Federal present, the pressure was on. Steve started at 160 yards and tied his previous record with just a few shots. Then Aaron was up at 170 and quickly he set a new record, but unfortunately for him, the record was short-lived. Steve stepped back to 180 yards and struggled to break a clay with the Federal TSS #9 shot. Finally, Steve switched to TSS #7 shot, and on his first attempt, he broke the clay, setting a new record for the longest shot on clay pigeon with a shotgun at an incredible 180 yards! 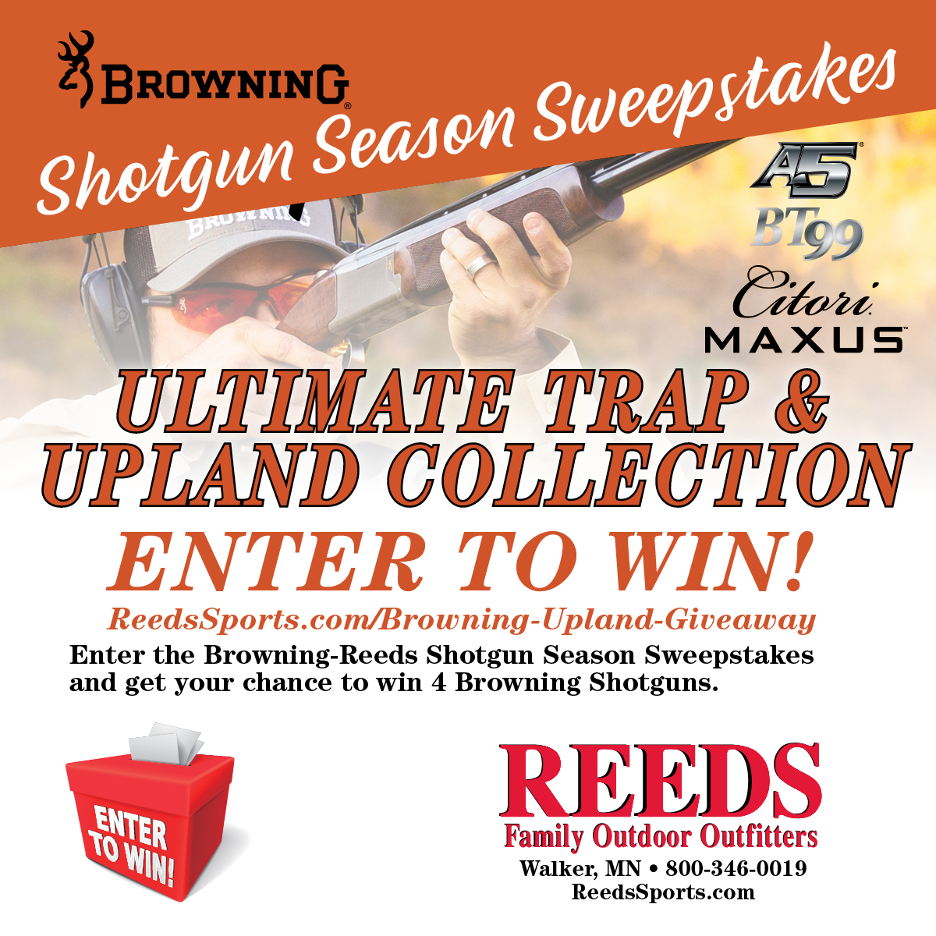 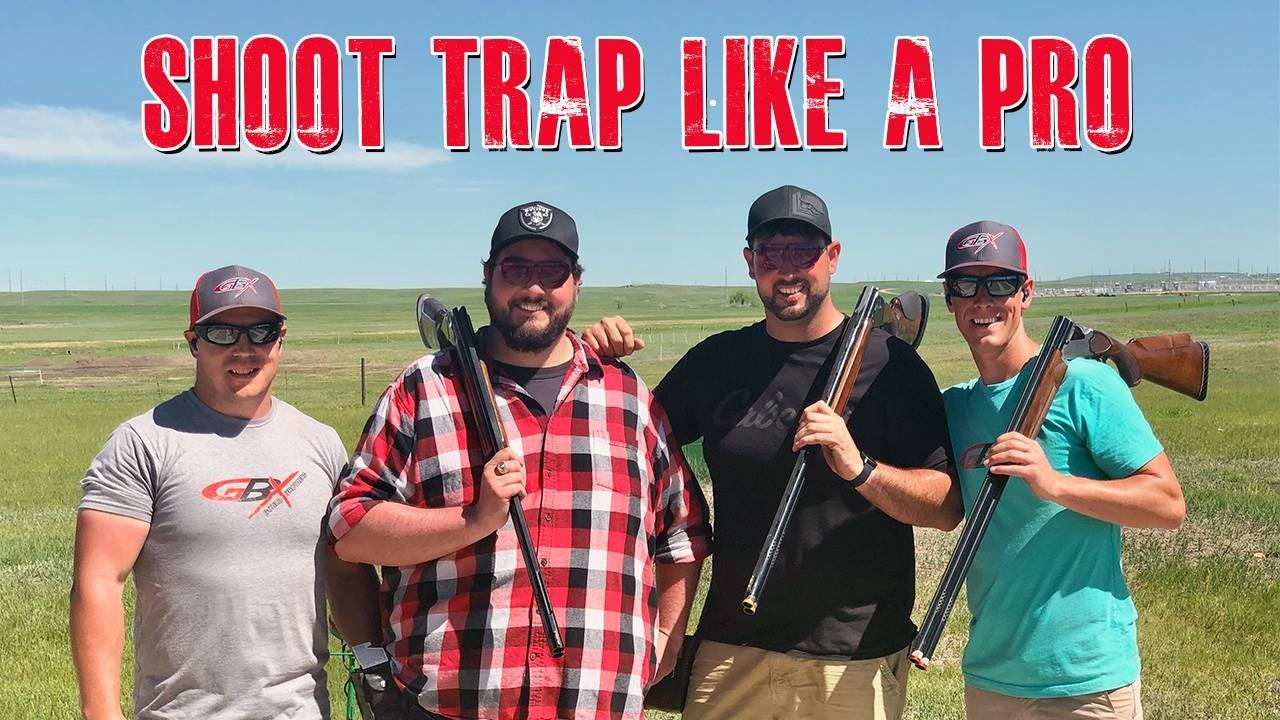 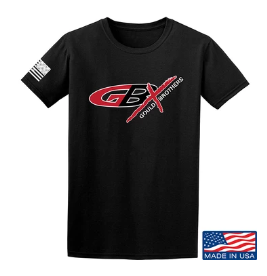 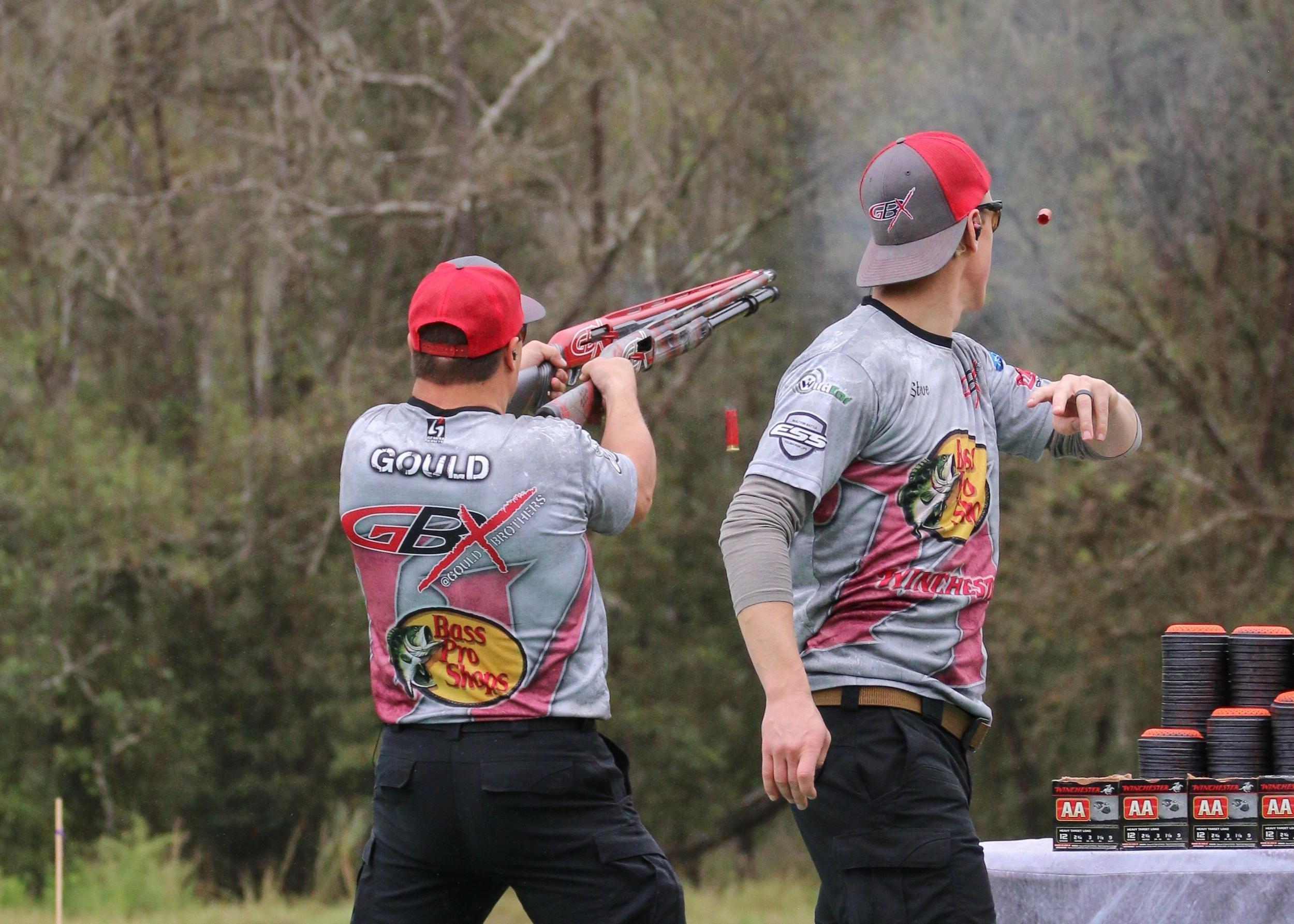 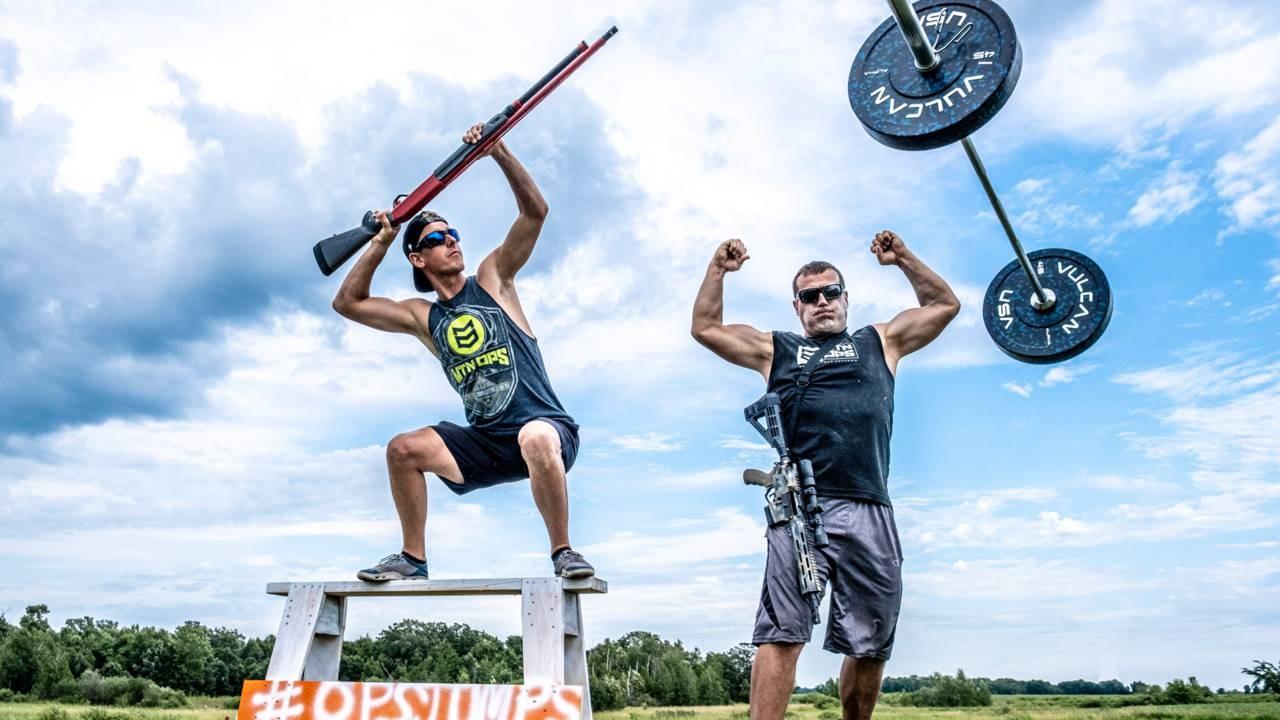 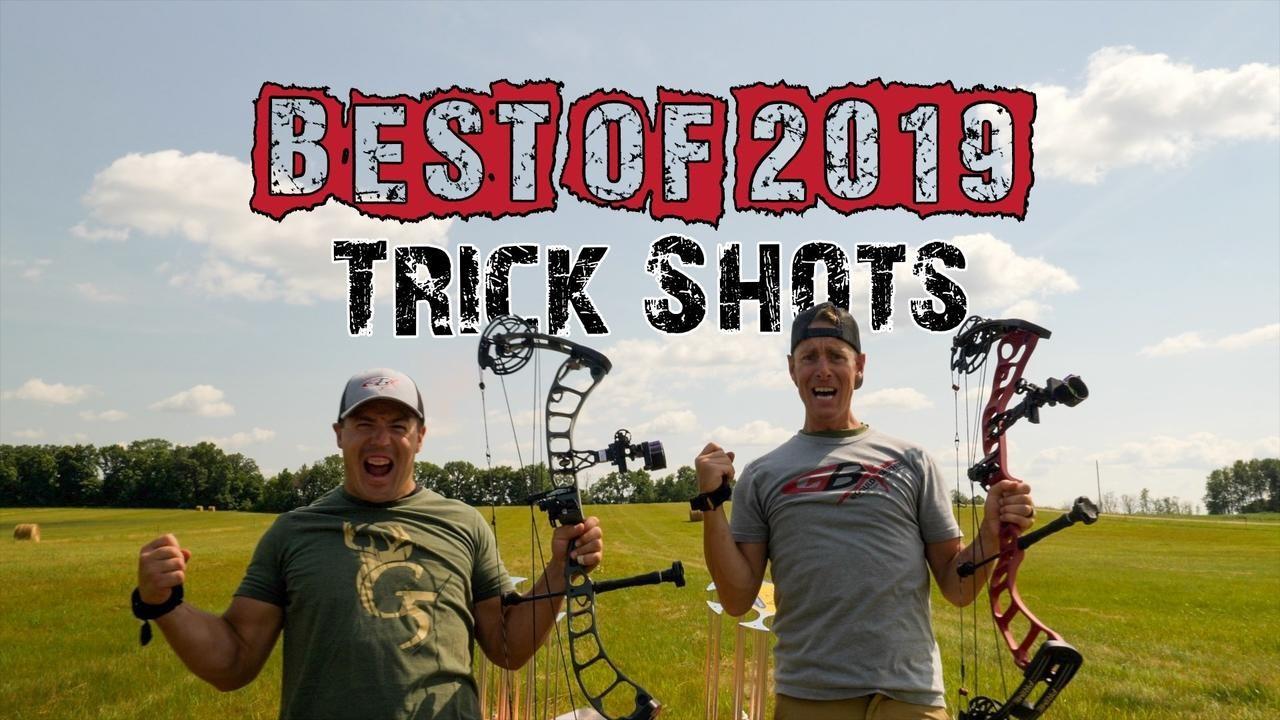